Moving to the UAE is exciting and nerve-wracking all at the same time. Whether you’re relocating your whole family or coming as a work hard/play hard professional, you can be sure that new adventures and sunny days await. The following information includes some pointers on what to expect. You might also like to visit the website Expat Arrivals, where you’ll find more tips on embracing life in Dubai, or BlogExpat.com for an overview of what life is like in the UAE.

Certain nationalities can transfer an existing driving licence, without having to do a driving test or take lessons. For more information on which countries this applies to and what you’ll need to convert your licence, click here.

Newcomers to Dubai often find the roads chaotic. I’ve since learnt that they’re not as bad as many other countries in the Gulf and Asia, but nevertheless, compared to back home, driving can feel a little nerve-wracking. You do get used to it, however, and once you know your way around it’s a lot easier. For a light-hearted look at driving in Dubai, read: How to be a ROADHOG: 8 driving tips.

FRIDAYS
● The weekend here used to be Thursday and Friday, changing in 2006 to Friday and Saturday to bring the UAE more in line with the rest of the world. In several other parts of the Middle East (Saudi Arabia, Oman and Yemen), the weekend is still Thurs-Fri. It still feels a little strange going back to work and school on Sunday.

● The Friday brunch is something of an institution among expats in Dubai. It’s basically Sunday lunch transferred to a Friday, but with a lot more excess. The city’s hotels and restaurants throw their doors open for lavish brunches, with free-flowing booze and buffet tables straining under the weight of so much delicious food.

● Every Friday at noon, Muslims go to the mosque for Friday prayers and the city erupts with noise as the mosques broadcast their sermons on loud speakers. If you’re parked anywhere near a mosque at this time, you will get blocked in as people flock to Friday prayers, leaving their cars on the pavement, on the sand, and in every available space. 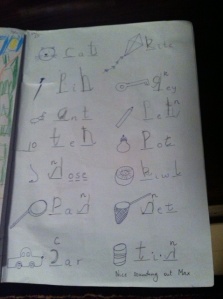 SCHOOL PLACES
Seeing an “admissions closed” sign is a distressing sight for parents and sparks a scramble for school places in Dubai, but if you’re anxiously trying to secure a spot for your child, take heart – it does tend to work out in the end.

A shortage of space and waiting lists are mainly prevalent in the lower grades (especially children aged three to four needing places in Foundation 1 and 2 or Reception).

Given the spread-out nature of Dubai, it’s wise to find out where your children will be attending school before deciding where to live. Many parents take out a sort of insurance policy, with a first-choice school along with two others as security, which adds to the long waiting lists posted by most schools.

Prepare to have to stump up several hundred dirhams in registration fees and schools will also want to carry out an assessment interview, even if your child is only three – read more!

STAYING ON THE RIGHT SIDE OF THE LAW
As expats in a Muslim country we have to be careful to respect local customs and laws. 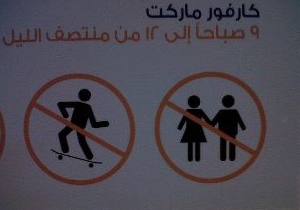 Things that can land you in trouble in Dubai include:

• Sex outside marriage – even expats must be married to live together

• Dancing in public – allowed at home and in licensed clubs, but classed as indecent and
provocative in public

• Drinking at home without an alcohol licence

• Bringing certain things into the country, including some prescription medicines, anti-Islamic material and pork pies

• Flipping another driver off on the roads

• Showing your underwear in public

There’s zero tolerance when it comes to drink driving – if you are found with even the smallest trace of alcohol in your bloodstream you will be jailed. And you’ll have heard about the expats who defaulted on loans they took out to finance the good times and had to flee the country – leaving their cars to collect sand at the airport – or face prison.

If you’re planning on visiting Dubai anytime soon, just be careful not to give anyone the bird, even if they’ve just committed a jaw-droppingly bad offence on the road, and remember, the beach is for sunbathing, not sex. Dubai is great, but Ibiza it aint!

WHAT TO WEAR
It goes without saying that fashion in the desert is biased towards the summer season: flips flops, shorts, maxi dresses and summer tops are year-round staples. Women own tops for fat days, tops for thin days. Short-sleeve tops that aren’t too revealing for the mall, T-shirts that hide underarm stubble, ‘look at my curvy body’ spaghetti tops and ‘I can be sensible’ light-weight tops that hide your bra straps for work.

And another essential in the land of eternal summer: bikinis – which have categories all of their own.

In the winter, it can actually get quite chilly, especially at night, so you might need something a bit warmer during these months – cooler weather is all relative, of course, but when you get used to it being 40 degrees, you feel it when the temperature drops! Another occasion when you might need a cover-up is if you’re going to an air-conditioned cinema. 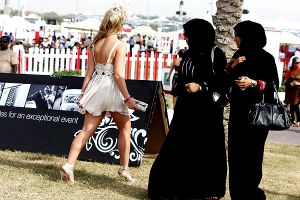 Most ‘normal’ clothing is tolerated in Dubai as long as it is not too outrageous – although to be respectful of the UAE culture, some people only wear tops that cover their shoulders to go shopping.

And you wouldn’t want to reveal your midriff or your ‘bits that are best left hidden’ in public as this would cause offence. You might have heard about the British shopper who was reportedly wearing see-through clothing at the mall and received a stern warning from an Arab lady. Angered by the ‘dress down’ – and to everyone’s amazement – the shopper stripped to her bikini. Needless to say, the police were called and she was arrested.

On the beach, bikinis are fine, topless or thongs are not. And while under-dressers (ie, people who jump into the sea in their y-fronts) risk ending up with a caution from the beach police, over-dressers are also being targeted. Over-dressers are fully clothed men who come to the beach not to swim or sunbathe, but for ‘other’ reasons. Labourers who work in Dubai, they’ve gained a reputation for staring at women in bikinis and apparently even photographing them with their mobiles and groping them underwater! (it’s never happened to me, I should add!) 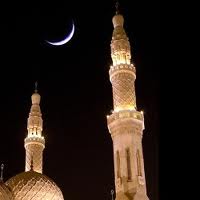 So how can not having any food during daylight hours be considered generous?

The start of Ramadan is confirmed by the sighting of the new moon (each year it’s about eleven days earlier) and Muslims observe this time of reflection and prayer by fasting from dawn until sunset. This means they don’t drink, eat, smoke or have sexual relations during daylight hours. It’s seen as a time of generosity as people give to the poor. Charity tents are erected for those who wish to donate to the needy and good will abounds.

The meal to break the fast is called ‘Iftar’ and many restaurants serve all-you-can-eat Iftar buffets at generous prices. Seeing famished fasters staring down at their food while waiting for the sunset call to prayer is a common sight. Ramadan’s generosity extends to the stores in the mall, with some great sales on at this time of year.

The word ‘Ramadan’ is derived from the Arabic root word ‘Ramida’ meaning ‘scorched heat’ or ‘parched thirst’. And anyone who fasts in this part of the world will fully understand those terms.

Many Muslims break their fast with dates and juice before their main meal, and gas stations offer free dates and water to travellers. If you’re on the roads at this time, beware: car accidents increase in the half hour before iftar as hungry fasters rush home to be with their families.

For expats, Ramadan is a time to show respect for the sentiments of participating Muslims. While not expected to practice Ramadan themselves, in the UAE it is illegal for adults to eat, drink or smoke in public during daylight hours for the whole month (unless you’re elderly, ill, pregnant, nursing or menstruating, and even then, it’s better to be discreet). This extends to travelling in a car. Even chewing gum could be seen as an offence. Most cafes and restaurants are closed all day, although some have a closed-off area for serving non-fasters. Supermarkets remain open and hotels cater for tourists, but the city has a different feel about it. No music is allowed, many nightclubs are closed and there are no concerts or festivals.

So, during Ramadan, night becomes day, the malls are open until 1am, and kids are kept up until all hours. And it’s not just lifestyles that change – work life is different, too. Muslims will generally work fewer hours and not much gets done during Ramadan. Where I work, no advertising is expected in the magazine for the whole month, and eating or drinking at your desk is not permitted.

The last 10 days of the month are especially significant since it is believed that the Quran, the Holy Book of the Muslims, was first revealed to the Prophet during this time. Although the actual date is unknown, many Muslims believe it was the 27th night of the month, and many stay up praying all night.

EID AL FITR
Eid, a public holiday, marks the end of Ramadan and starts when the Moon-Sighting Committee spots the new crescent moon.

Rather like Christmas or Thanksgiving, it’s a celebratory time for Muslims, with gifts, good food and family visits. Homes are decked out with lights and there are fireworks, concerts, carnivals and magic shows.

Unlike holidays in your home country, you never quite know when the days off are going to fall – because Islamic holidays that are based on the sighting of the moon are not announced until the night before. Which is, why towards the end of Ramadan, you’ll find us gazing skywards (‘C’mon moon! We know you’re there.’) For workers, you literally leave the office not knowing if you’ll be back the next day.