Yin and Yang: Expat paperwork and the Italian Alps

Renewing your driver’s licence. How hard can it be? Well, when you live overseas and your US licence needs to be processed over the other side of the world, things can get complicated, as any expat will know.

My DH was adamant he wasn’t going to let his US licence expire. “It’s a right pain if it runs out,” he told me. With some vacation coming up, he started making travel plans and my mind began to boggle at the distances involved. As I write this, he’s lying on the sofa, head tilted back, eyes shut, mouth slightly parted, recovering from his ‘holiday’.

Day 2: Wake up. Go to Department of Motor Vehicles. Renew driver’s licence in, did I mention? Under three minutes.

Day 3: Get connecting flight back to JFK, while navigating heavy security checks due to the tragic Brussels bombing. Arrive in New York and spend 12 hours wasting time before nine-hour flight to Milan.

Day 7: Last five-hour flight from Milan to Dubai. At immigration, visit small, windowless room, with a high desk and a faint smell of body odour crushed into the plastic chairs and lino, due to a problem with son’s US passport. Agree to the cancellation of his resident’s visa – sending the paperwork merry-go-round spiraling into further ever-decreasing circles as our attention switches from driver’s licences to visas and passports (could expat paperwork be any more infuriating?)

Am glad to report that DH can now spend the rest of his vacation relaxing, and it was all SO worth it, just to see spectacular views like this: 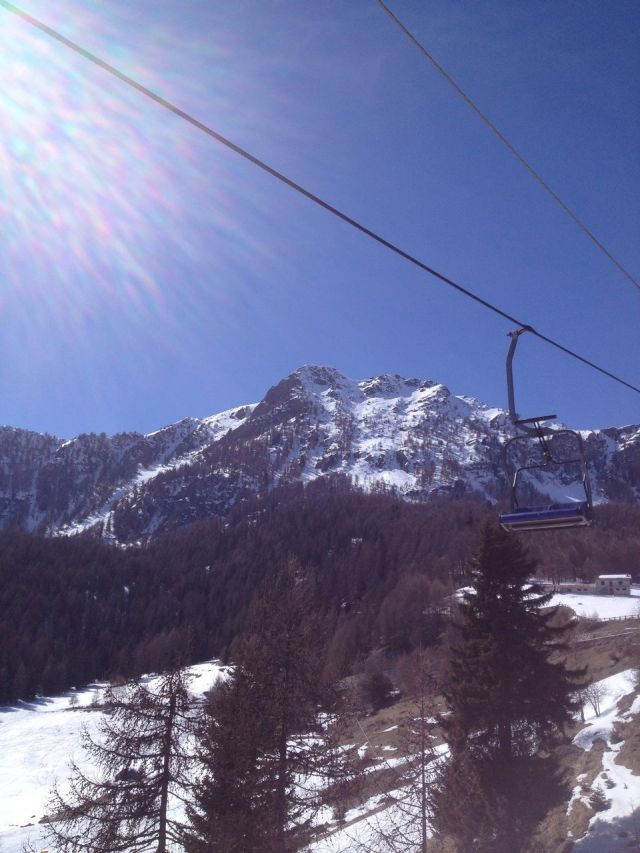 Sun worshiper, journalist, mother, pilot's wife and distracted housewife living in the land of glitz and sand
View all posts by Circles in the Sand →
This entry was posted in Parenting, Travel and tagged expat paperwork, ski holiday in Italian Alps, ski trip with kids, skiing with boys. Bookmark the permalink.