There are some mornings when Son2 doesn’t say anything on the way to school. Then there are other mornings where it’s like having a pint-size dictator sitting in the backseat, and you realise that, compared to dealing with a small child, pregnancy was really a nine-month massage.

Today, I banned Son2 from bringing the iPad into the car, so he grabbed the Kindle instead. For some reason, there was heavier traffic than normal, and I was just attempting to merge onto a fast road when he started shouting.

It was something on the Kindle he’d found incredibly funny. 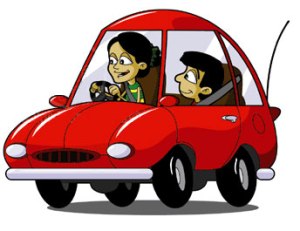 “I can’t look,” I replied, keeping a watchful eye on the slow-moving Datsun Sunny in front of me, and the much faster Land Cruiser I could see in my mirror about to sling-shot across three lanes. “I’m driving.”

“I really can’t!” A motorbike was now vying for pole position too.

He reluctantly agreed he’d have to wait for me to look until we’d parked. But then something on the radio disagreed with him. At age 5, he’s developed opinions about whether the DJs are talking too much and which songs he likes – his favourite, ironically, being I Crashed my Car into the Bridge by Maytrixx.

I switched channels. I wasn’t in the mood for an argument and knew I’d soon have the car to myself and could then rock out to some quiet car anthems (a mum has to take her chance to rock out when she can).

At school, I kissed him goodbye and his eyes suddenly looked downcast. “Don’t go to work Mum. What takes you so long there?” he asked, forlornly. “Just quit!”

I wasn’t sure what to say, so I asked him why he didn’t want me to work.

“Because I love you,” he said quietly, as a teardrop squeezed its way out of one eye and trickled down his cheek.

Miss you kiddos when I’m gone all day.